Kamala Harris contested the Democratic Party ticket for the United States Presidential nomination. However, on December 3, 2019, she ended her campaign. On this day, she was running Rahu – Saturn – Jupiter – Mercury period as per Vedic astrology. Rahu is a malefic planet placed in her ascendant. Rahu in the ascendant can give high academic intelligence and grasping powers, but can also bring setbacks.

In the transit of December 2019, Kamala Harris was facing the double Rahu effect. Already I stated that Rahu is a malefic planet. Her transiting Rahu was standing over the natal Rahu in the ascendant. This was too much for her to withstand. Kamala Harris wilted under pressure and quit the race. In addition to this, she was facing a double Ketu pressure in her Seventh House (House of marriage and business). The malefic planet Saturn also joined Ketu. Ketu is a breaker, destroyer and a killer. Ketu breaks marriages, careers, financial stability, relationships, education, health and many other things. As though this was not enough, her Avayogi (The planet that brings obstacles to you during his dasa and transit period) Venus also joined this combination. This combination directly aspect her ascendant, where the double Rahu combination was already doing the damage.

Nobody could have survived this calamity. Kamala Harris is still young enough to make an attempt next time for the Presidential post. Rahu and Ketu are vacating their places on September 20, 2020. After this date, her fortunes will rise. There is also a possibility of Kamala Harris getting some other high post in government after September 2020. Already, Joe Biden, the Presidential candidate put up by the Democratic Party has hinted that he might take Kamala Harris as Vice President if she is interested. Astrologically, the horoscope favors her possibly becoming the Vice Presidential nominee as the malefic planets have cleared their way.

As far as her Presidential aspirations are concerned, she has failed to fulfill it this time, she may have a chance to make it in future. For a high government post, Saturn and or Sun should be connected to the tenth house (House of the profession) or Lord of the Tenth House. In the case of Kamala Harris though, these connections are missing in her main horoscope (Rasi), but they are strong in the divisional D-10 chart (Dasamsa). Here, both Saturn and the Sun aspect the Lord of the Tenth House. The Presidential post is not beyond reach for her in future. It could be fulfilled when the transit also cooperates. I wish better luck next time. 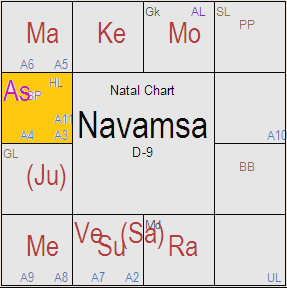 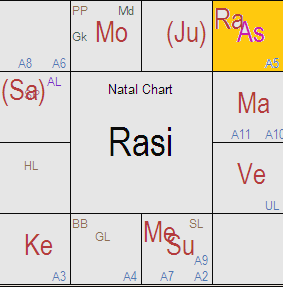 I am a Vedic Astrologer with more than 25 years of experience. I learnt Astrology in the traditional way from my father at a young age and analyzed thousands of horoscopes.